skip to main | skip to sidebar

I Wet Myself While Watching This This Morning

The Soup is such a guilty pleasure:
Posted by avoideverything at 22:36 1 comment:

Enough With This Hope & Change Malarky!

Robert Fisk is pissed off with Obama:

There was the phone call yesterday to Mahmoud Abbas. Maybe Obama thinks he's the leader of the Palestinians, but as every Arab knows, except perhaps Mr Abbas, he is the leader of a ghost government, a near-corpse only kept alive with the blood transfusion of international support and the "full partnership" Obama has apparently offered him, whatever "full" means. And it was no surprise to anyone that Obama also made the obligatory call to the Israelis.

But for the people of the Middle East, the absence of the word "Gaza" – indeed, the word "Israel" as well – was the dark shadow over Obama's inaugural address. Didn't he care? Was he frightened? Did Obama's young speech-writer not realise that talking about black rights – why a black man's father might not have been served in a restaurant 60 years ago – would concentrate Arab minds on the fate of a people who gained the vote only three years ago but were then punished because they voted for the wrong people? It wasn't a question of the elephant in the china shop. It was the sheer amount of corpses heaped up on the floor of the china shop.

(It's an interesting fact that Ol' Fisky agrees with my paranoid assertion that Israel a) Ceased their invasion because they do not know how Obama will deal with their warmongering and b) Knew the world would be focusing on Obama's inauguration and not on dead Palestinians.)

Posted by avoideverything at 20:30 No comments:

In the Spirit of Hope & Change:

I love the fact that someone heard this and thought 'Yeah! Killer Whales!'
Posted by avoideverything at 20:26 No comments:

Posted by avoideverything at 10:04 No comments:

Meet Derek: The Abstinance Only Clown

Just a little something to will make you die a little.

Posted by avoideverything at 09:58 No comments:

This is Excellent: The Indy has an interview with Julian Cope:

"It's great he's got in, cos everybody can feel better for a while," says Cope. "But [Obama] won't do anything about the things I'm talking about because he had enough money to run for president and that makes him a cunt. Albeit a far higher quality of cunt."

Sadly he's not in full on psychedelic madman mode but whatever. It's still interesting and not that I'm on the outs with Obama, it's good to hear progressives ripping into him.

(Really, progressives? When did that term come about for the left? it's just another asinine game of semantics. Like Dawkins trying to get Atheists to call themselves 'Brights.' Ugh. I just did a little throw up in my mouth.)

Say what you like, George Bush has been a transformational figure. Under him, almost everything in America has been transformed – alas for the worse.

Almost everything he touched went sour – from the global image of the US to the economy, from the military (stretched almost to breaking point by two wars) to his own Republican party, and the conservative cause once championed by Bush's hero Ronald Reagan. By almost every measure, the country is in a worse state than when he took over on 20 January 2001.

The truth is simpler. The perfect job for Bush was the one it seemed briefly he might get, of commissioner of major league baseball, back in 1993 before he ran for governor of Texas. By experience, temperament and character, he was unfitted to be president in any age. We can only pray that four or eight years hence, we won't be saying the same about Obama.

Posted by avoideverything at 11:26 No comments:

So I didn't make it out to the big anti-war rally today. Groceries, a clean apartment and yoga are more important to me than 800 dead Palestinians, it seems. In support of Gaza, I'll post Robert Fisk's most recent editorial:

I ended the week in one of those BBC World Service discussions in which a guy from The Jerusalem Post, a man from al-Jazeera, a British academic and Fisk danced the usual steps around the catastrophe in Gaza. The moment I mentioned that 600 Palestinian dead for 20 Israeli dead around Gaza in 10 years was grotesque, pro-Israeli listeners condemned me for suggesting (which I did not) that only 20 Israelis had been killed in all of Israel in 10 years. Of course, hundreds of Israelis outside Gaza have died in that time – but so have thousands of Palestinians.

My favourite moment came when I pointed out that journalists should be on the side of those who suffer. If we were reporting the 18th-century slave trade, I said, we wouldn't give equal time to the slave ship captain in our dispatches. If we were reporting the liberation of a Nazi concentration camp, we wouldn't give equal time to the SS spokesman. At which point a journalist from the Jewish Telegraph in Prague responded that "the IDF are not Hitler". Of course not. But who said they were?

Posted by avoideverything at 12:30 No comments:

And I Officially Have No Faith in Obama

Former Gov. Howard Dean is not on the list of attendees for the event, a noticeable nonattendance for someone largely credited with revitalizing the Democratic Party ranks and contributing - whether politically or through his 50-State Strategy - to major electoral gains

This is part of a growing theme of poorly managed relations by the Obama people - or worse, outright vendettas with good Democrats who deserve better. I really worry that Obama is starting to create a good deal of bad blood on the Democratic side of the aisle, and unnecessarily. And as I always try to explain, it doesn't matter if some of you think its petty that people are feeling slighted. The fact remains that important, powerful people are feeling slighted - are being slighted - and the list is growing. And that does not bode well for the future of Obama's agenda in this town. At some point you need more than the minority party on your side to achieve victory.

Posted by avoideverything at 22:44 No comments:

I've been trolling The Indy and am all about posting their awesome news stories like: How Darwin Pisses off Creationists (And How Creationists are Full of Shite):

The creationists demand that biblical theories are taught alongside Darwin's theories of natural selection, which might sound reasonable except that creationism depends not on evidence but on faith. If all theories are given equal status, teachers could say: "Your essays on the cause of tornadoes were very good. Nathan's piece detailing the impact of warm moist air colliding with cool air, with original sources from the Colorado Weather Bureau, contained some splendid detail. But Samatha's piece that went "Because God is cross" was just as good so you all get a B+."

Robert Fisk sets us all straight and points out that, thanks to Israel, it's the West that will pay for their genocidal warmongering (<-- My inflammatory editorialising):

And I write the following without the slightest doubt: we'll hear all these scandalous fabrications again. We'll have the Hamas-to-blame lie – heaven knows, there is enough to blame them for without adding this crime – and we may well have the bodies-from-the-cemetery lie and we'll almost certainly have the Hamas-was-in-the-UN-school lie and we will very definitely have the anti-Semitism lie. And our leaders will huff and puff and remind the world that Hamas originally broke the ceasefire. It didn't. Israel broke it, first on 4 November when its bombardment killed six Palestinians in Gaza and again on 17 November when another bombardment killed four more Palestinians. Yes, Israelis deserve security. Twenty Israelis dead in 10 years around Gaza is a grim figure indeed. But 600 Palestinians dead in just over a week, thousands over the years since 1948 – when the Israeli massacre at Deir Yassin helped to kick-start the flight of Palestinians from that part of Palestine that was to become Israel – is on a quite different scale. This recalls not a normal Middle East bloodletting but an atrocity on the level of the Balkan wars of the 1990s. And of course, when an Arab bestirs himself with unrestrained fury and takes out his incendiary, blind anger on the West, we will say it has nothing to do with us. Why do they hate us, we will ask? But let us not say we do not know the answer.

And, finally, via Juan Cole, a young Palestinian woman shows more courage than the West's elected leaders:
Posted by avoideverything at 20:45 No comments:

At long last, Chris Morris has a new project. And it's guaranteed to horrify and offend everyone:

"Even those who have trained and fought jihad report the frequency of farce," she said. "At training camps, young jihadis argue about honey, cry for their mums, shoot each other's feet off, chase snakes and get thrown out for smoking. A minute into his martyrdom video, a would-be bomber looks puzzled and says 'what was the question again?' On Millennium eve, five jihadis set out to ram a US warship. They slipped their boat into the water and carefully stacked it with explosives. It sank."

"Four Lions is a funny, thrilling fictional story that illuminates modern British jihad with an insight beyond anything else in our culture. It plunges us beyond seeing these young men as unfathomably alien. It undermines the folly of just wishing them away or alienating the entire culture from which they emerge. As Spinal Tap understood heavy metal and Dr Strangelove the Cold War, Four Lions understands modern British jihadis."

Posted by avoideverything at 20:40 No comments: 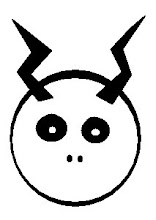